The term ‘Kolam’ in Tamil language means ‘form and beauty’. This is known as a symbol of auspiciousness and divinity which is drawn deftly mostly by women with the tips of their fingers using pinches of flour held between the thumb and the first finger and letting the power fall in a continuous line by moving the hand in a direction that forms a pattern. The patterns of lines and curves are drawn based on ‘pulli’, the dots, that are encircled, looped or joined using either curved or straight lines. It is believed that the Kolam is drawn to honour, invite, welcome, host and express gratitude to particular gods and goddesses like the goddess ‘Bhumadevi’ who represents the earth, soil, and sacred geography, the goddess ‘Lakshmi’ who represents the wealth, prosperity, good fortune, good health, and good luck, ‘Surya’ the god of good health and wisdom and the god ‘Ganesha’ who is considered to be the remover of obstacles. It is also believed that the kolam is performed to fulfil one of the daily obligations of a Hindu household, ‘to feed a thousand souls’. Moreover, the process of Kolam involves concentration, memory and a series of disciplined hand and body movements. The knowledge of Kolam patterns is transferred orally through generations amongst women as they learn by observing their relatives perform this ritual daily. This Kolam is drawn to honour and mark various occasions like a sacred day or time, annual festivals and a day associated with the manifestation of a god or goddess or a ‘viradham’ (a vow) and so on. It is also important to highlight that the ‘pulli’, the dots, drawn in different directions and shapes also do have symbolic values in representing the primary energies of the universe. For example, the six-pointed star represents the union of genders; the basic geometrical shapes are combined and overlapped in an intricate pattern represents particular forces or qualities embodies in some aspects of creation, evolution and dissolution and so on. It is marked as a significant culture among Tamil people. 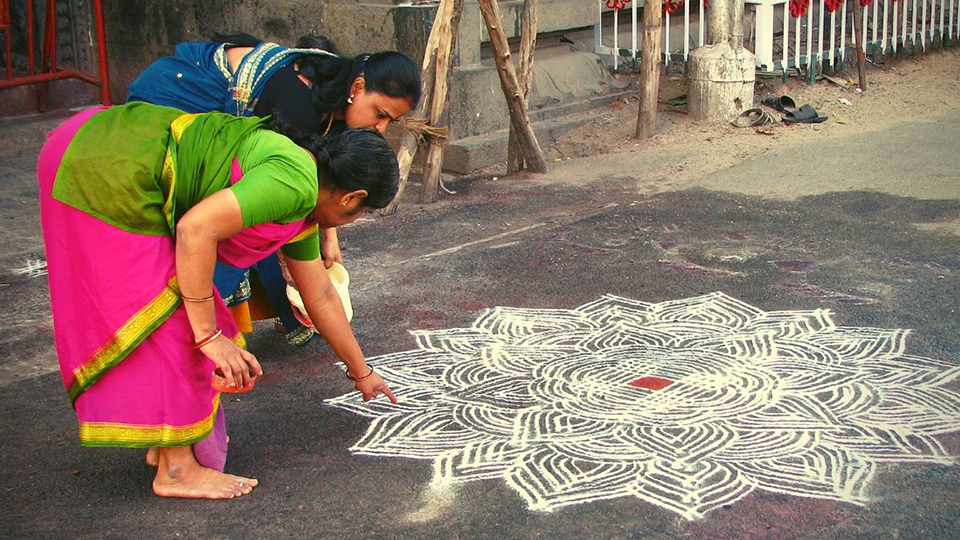 Fire – it was the start of all civilizations. Throughout the history of mankind, fire and lamps have held their fair share of usage in daily life, religion, devotion and culture. While it comes in various shapes and forms, the traditional oil lamp signifies knowledge, hope and goodness, just like the flickering fire that lasts through an event, lighting up
people’s lives and providing hope and happiness. 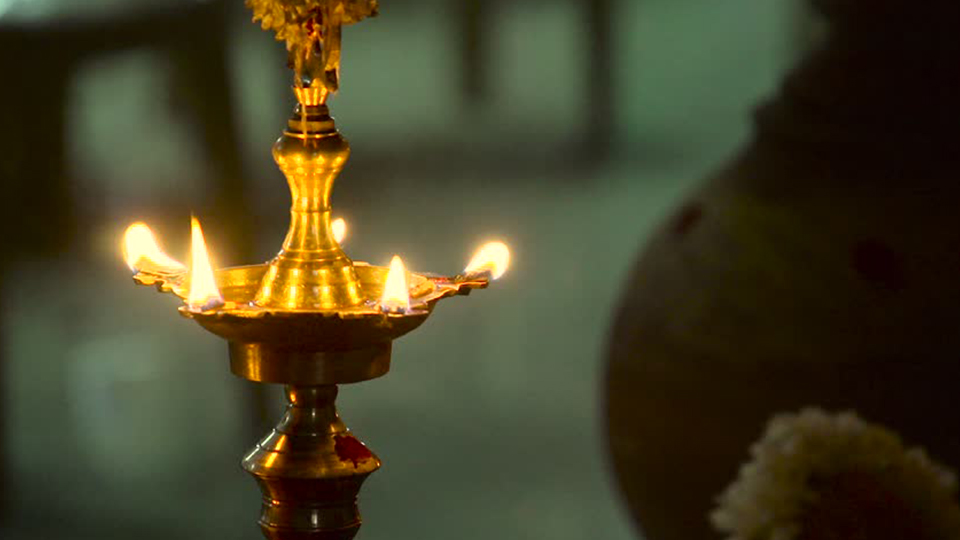 You were warmly welcomed to the premises according to the Sri Lankan customs by offering a sheaf of betel leaves which some of you are familiar with. Throughout the years, the sheaf of betel leaves has stood as a symbol of welcome and respect, of friendship and goodwill.. It is known to be sacred, medicinal and useful from ancient times while having nutritional values as well. 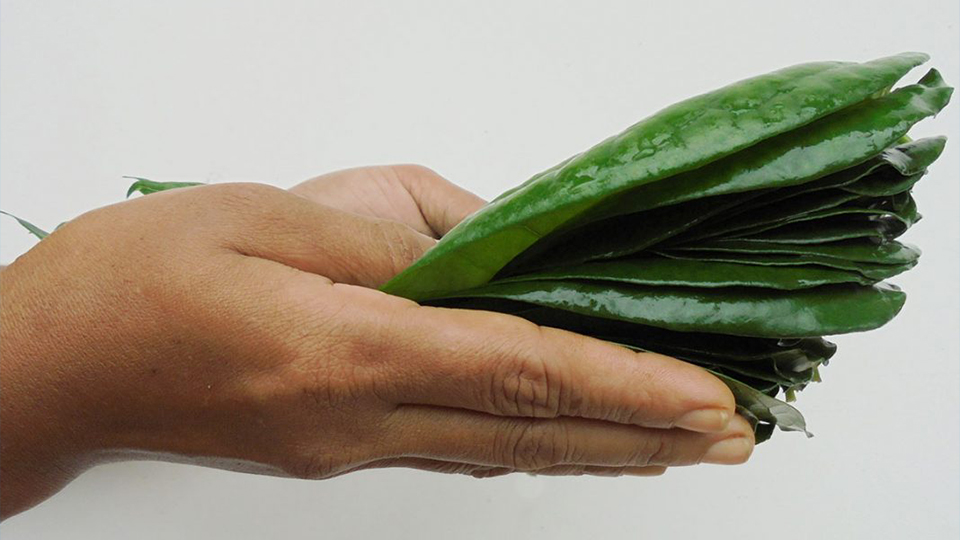